On August 2, 2019, Vice President Uemura attended the first workshop of the Development of Railways and around the area at JTTRI (Japan Transport and Tourism Research Institue). The members of the workshop include President Yamauchi as Director of JTTRI, some academic experts, various government agencies such as MLIT(Ministry of Land, Infrastructure and Tourism), JICA(Japan International Cooperation Agency), JOIN(Japan Overseas Infrastructure Investment Corporation for the Transport & Urban Development) and UR(Urban Renaissance Agency), and private companies related to railway industry.

In the beginning, Chairman Syukuri explained the whole idea of the workshop, and the results of the preliminary investigation regarding the case studies of major cities in some countries in ASEAN were reported afterwards.

For another topic, a member of JR(East Japan Railway company) introduced the project of development of Shinagawa area including a new station added, and subsequently Vice president Uemura reported urban railway PPP projects of OPPS.

The workshop is planning to have two more meetings in Tokyo (three in total), and also seminars about the development of railways and around the area in major cities in ASEAN within the fiscal year of 2019. Its goal would be to suggest actual solution to the traffic issues in cities by  case studies for PPP and TOD(Transit Oriented Development).

On July 26, the first OPPS Forum was held at Trustcity Conference Marunouchi (a rental meeting place) in Tokyo,  to communicate and share the PPP projects information with regular members of 11 companies, 1 semi member company, and Mr. Miyasaka, a chief of Div. of Overseas project of MLIT(Ministry of Land, Infrastructure, and Tourism) as an observer.

1,   3 PPP projects  in 2 countries from original source of OPPS

2,   13 PPP projects  in 5 ASEAN countries from past Yen Loan related

Also, one of the regular member companies, Index Consulting introduced 8 railway/highway PPP projects in Africa area, and we had active discussion about the projects after that.

Ongoing basis, we will try hard to listen to each members’ ideas and plans for such PPP projects, and collect the valuable information about PPP project to be from all over the world as well.

The second OPPS Forum is planning to be held in Sep. 18. 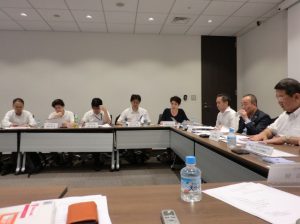 On May 13th, 2019, the first study meeting for  “Workshop of the the Development of Railways and its Around the Area” organized by JTTRI, Japan Transport and Tourism Research Institute was held in Tokyo. There were some reviews of the related researchs, and also “The Report of the Hudson yard project” in NY. “the Hudson Yard” is one of the successful examples of TOD(Transit Oriented Development).

Mr. Yamauchi, the president of both OPPS and JTTRI, and Mr. Uemura, the vice -president of OPPS attended the workshop as regular members. OPPS is going to cooperate with JTTRI closely from now on.

Next workshop is planning to be held in this August.

On April 10th, 2019, we are proud to announced that a regular general meeting of Organization for PPP Promotion Support aka “OPPS” was held in Tokyo, Japan.

In the front of the representatives attending of 14 members of corporations including the new member of Nippon Steel Corporation, two agenda of “Business Report, Business Balance, and Financial Statements in the fiscal year of 2018” and also “Formulation of Business Plan and Budget of 2019” were approved respectively.

We reported, regarding the OPPS activities of 2018, that we had the inaugural meeting in December, opened a new website for OPPS, and was creating the original screening systems for PPP projects. Subsequently, a current status of progress of PPP in Japan was explained. As for the new activity plan of 2019, Mr. Okumura, a Chief of Overseas Project Division of MLIT(Ministry of Land, Infrastructure, and Tourism), and Mr. Uemura, a Vice president of OPPS provided some information of  how to proceed these projects from now on.

We confirmed that in this brilliant year of the new Japanese era of Reiwa, we would try hard to get the promising PPP projects information from various source over the the world for the first memorable year of PPP in Japan. The information of some projects should be given to the members as soon as received, and also, we are planning to have OPPS forum bi-monthly to facilitate the communication among the OPPS members and related government offices. 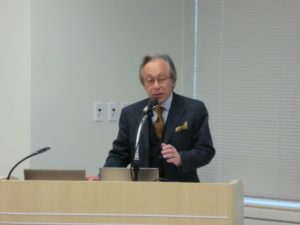 The inaugural meeting of OPPS (Organization for PPP Promotion Support, )was held in Tokyo.

We are happy to announce that OPPS, commemorated its inaugural meeting together with a celebration party in Tokyo on December 21, 2018.
12 founding members, several associate members and other participants attended the ceremony and approved four discussion items: OPPS Conventions, Accounting Regulations, Business and Financial Plan and Board Members. In the inaugural meeting, Prof. Yamauchi of Hitotsubashi University and Mr. Uemura ,adviser for Aichi Pref. were appointed as the OPPS president and the vise-president respectively.
More than 50 participants attended a celebration party, including Administrative Vice-Minister for Ministry of Land, Infrastructure, Transport and Tourism, Mr. Mori and Vice-Minister for Engineering Affairs, Mr. Kikuchi. Mr. Uemura read a congratulatory message on behalf of Special Advisor to the Prime Minister, Mr. Izumi. 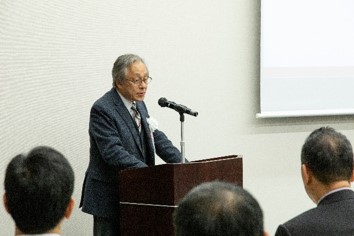 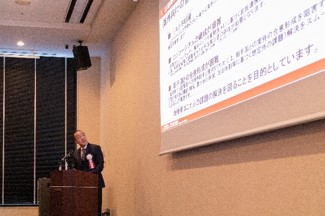